It can be remembered that on January 17, Pokwang announced that her joint business with Lee, PokLee food products was already closed.

Pokwang’s colleague, Kim Atienza jokingly asked for order but the comedian made another reply, hinted that Lee was dating another girl now.

‘Tisay’ is the nickname of the child of Pokwang and Lee.

Some fans even asked Pokwang if she felt jealous of the new girl of Lee but the comedian denied and called the move of her husband as ‘cheap’.

In another post, Pokwang hinted that she saw the new girl of Brian and making fun of its appearance.

Lee has yet to show his new girl to the public. 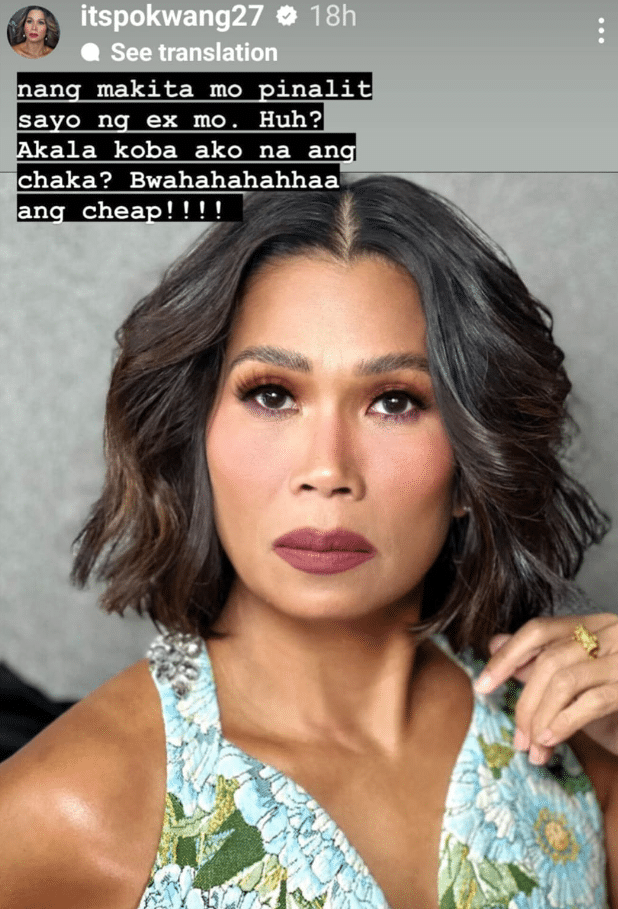 As of writing, Brian has yet to give response to Pokwang.

The two announced their divorce in July 2022 and there were rumors that the reason for their separation was related to finances.

However, Pokwang denied it saying that her ex-husband was looking after their child.

Before their separation, Pokwang and Lee launched their new business PokLee products that aimed to sell canned products to the netizens like Laing and Garlic Aligue.