Home Celebrities Tito Noel apologizes after being called ‘onion-skinned’ for taking jokes about him...
50
SHARES
ShareTweet

Street performer and mime artist Jhonwel Reyes who was popularly known by his aliases Tito Noel’ and ‘Green Soldier’ made a statement after receiving criticisms for the past few days.

It can be remembered that Reyes received negative comments on social media after he answered back to a netizen who was only making jokes about the color of his baby.

The issue started when Reyes posted a maternity photo of his wife and some netizens jokingly asked if his baby would become green also like his famous costume. Instead of riding to the joke as comedians do usually, Reyes took the gag seriously and even criticized the netizens for saying something about his baby.

He even asked the netizens to stop making jokes about his baby. 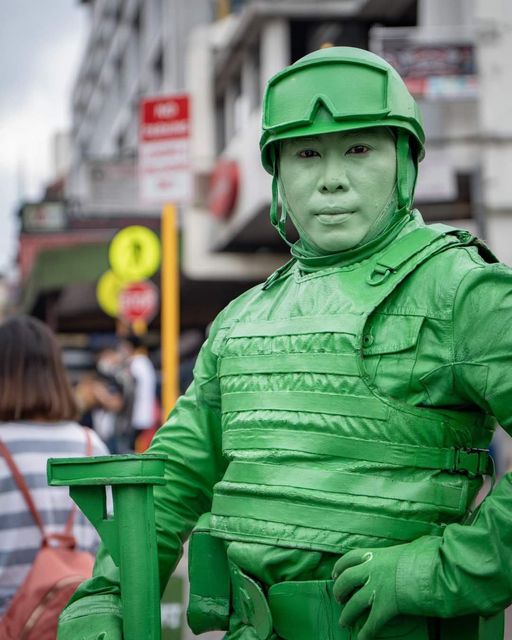 However, instead of following Reyes more netizens started to criticize the internet celebrity and some called him ‘onion-skinned’ and a ‘crybaby’.

He then responded to the criticisms telling the netizens to avoid doing mistakes.

Reyes also apologized for what he did but he couldn’t stop himself from saying that one mistake was enough for the netizens to forget how many times he made them laugh.

During the peak of his career, thousands of netizens went to watch him personally and made him earn thousands of pesos every day.